Does All Instant Coffee have Acrylamide?

Home » Does All Instant Coffee have Acrylamide? 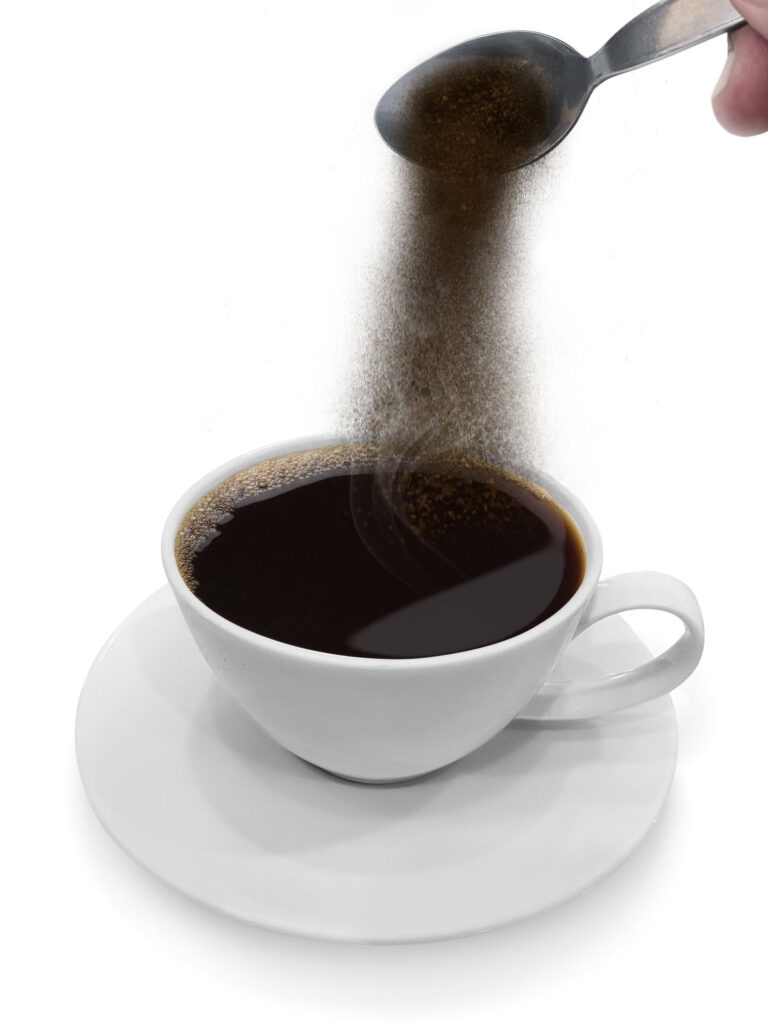 Instant coffee is great, and this convenient beverage is consumed daily by thousands of citizens in America, but does it have the chemical acrylamide?

All instant coffee has acrylamide. Acrylamide is a chemical that forms when the beans are roasted, which means that all processed brown coffee beans have the chemical in them. However, raw coffee beans do not have acrylamide because it has not been exposed to high temperatures yet.

Now the question is: What is acrylamide, and is it harmful to humans?

“Acrylamide is a chemical that can form in some foods during high-temperature cooking processes, such as frying, roasting, and baking. Acrylamide in food forms from sugars and an amino acid that are naturally present in food; it does not come from food packaging or the environment.”

Acrylamide is a white, odorless, solid that easily dissolves in water. It was first detected in food in April 2002.

While acrylamide is typically found in cooked plant products, this chemical is produced industrially for use in products such as plastics, grouts, water treatment products, and cosmetics. Acrylamide can also be found in cigarette smoke. (source)

Acrylamide forms during the roasting process of coffee. Any type of coffee product that derives from roasted coffee beans will contain acrylamide, including instant coffee. Coffee substitutes that have undergone roasting, such as cereal and chicory root coffees, also contain acrylamide.

Amount of Acrylamide in Instant Coffee

According to a study that tested 42 different coffee types, instant coffee has the second-highest amount of acrylamide compared to normal coffee beans or other coffee alternatives. (source)

Amount of Acrylamide in Each Coffee Type:

Those who conducted the study reported that there was no significant difference in the amount of acrylamide between different coffee beans. Cold coffee beverages that are made with roasted coffee beans, such as cold brew and iced coffee, also contain acrylamide. However, since the study was done in 2013, before Starbucks released their version of cold brew and before it became widely popular in America, cold brew coffee was not tested, so the acrylamide levels were not listed in the study’s findings.

Acrylamide in small quantities is not dangerous for humans. However, studies have shown that overexposure to acrylamide can cause damage to the nervous system and increase the overall risk of cancer (source). It has been shown to increase the risk of cancer in rodents, which is one of the reasons why many people fear consuming large amounts of acrylamide.

Overall findings of the study are provided below:

“Studies in rodent models have found that acrylamide exposure increases the risk for several types of cancer. In the body, acrylamide is converted to a compound called Glycidamide, which causes mutations in and damage to DNA. However, a large number of epidemiologic studies (both case-control and cohort studies) in humans have found no consistent evidence that dietary acrylamide exposure is associated with the risk of any type of cancer.” (source)

“The National Toxicology Program’s Report on Carcinogens considers Acrylamide to be reasonably anticipated to be a human carcinogen, based on studies in laboratory animals given acrylamide in drinking water. However, toxicology studies have shown that humans and rodents not only absorb acrylamide at different rates, they metabolize it differently as well.” (source)

This means that while Acrylamide is dangerous to rodents, it is not highly dangerous to humans. In fact, coffee has been suspected to reduce the risk of liver and prostate cancer for a long time. (source)

However, scientists do not yet fully understand the effects of acrylamide on humans. While some believe that it is harmless in small quantities, some believe that it is a carcinogen. If you are worried about the effect that acrylamide may have on your body, make an appointment with your doctor and talk to them about your concerns. Although it is impossible to completely avoid acrylamide, they can give you suggestions on how you can reduce your consumption of the chemical.

Other Foods that Contain Acrylamide

When people cook certain types of starchy food at high temperatures, it will produce small quantities of acrylamide. “Boiling and steaming do not typically form acrylamide. Acrylamide is found mainly in foods made from plants, such as potato products, grain products, or coffee. Acrylamide does not form, or forms at lower levels, in dairy, meat, and fish products. Generally, acrylamide is more likely to accumulate when cooking is done for longer periods or at higher temperatures.” (source)

This means that many meat, starchy, fried, and roasted foods likely contain high levels of this chemical.

Foods that Can Contain Acrylamide:

It is impossible to avoid contact with at least a small amount of acrylamide in your life, especially because it naturally forms in plant products. However, you can limit your consumption by limiting the amount of coffee you drink in a day. The FDA recommends not to consume over 4-5 cups of coffee a day, so one or two cups of coffee in a day should be fine. However, if your coffee contains large amounts of caffeine, the cons may outweigh the benefits. (source)