Does Coffee Dehydrate You?

Home » Does Coffee Dehydrate You? 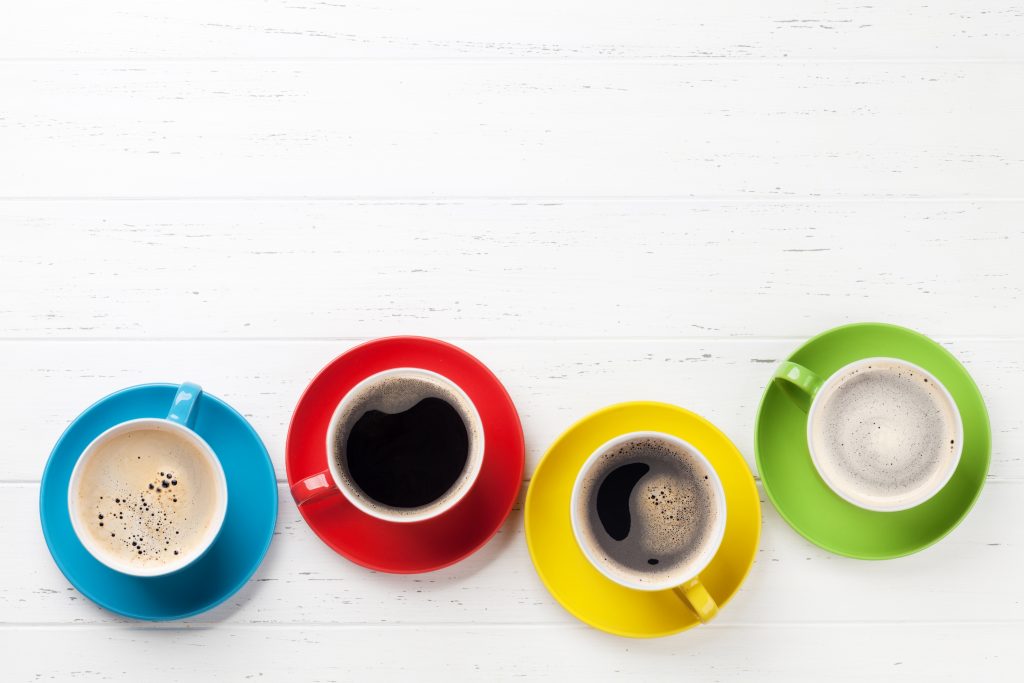 Medical studies agree that staying hydrated is critical to a healthy lifestyle, but many professionals disagree about what exactly staying hydrated means. There are many ideas about the amount of fluids that are needed to maintain healthy levels of hydration as well as what kind of fluids are best. One myth that surrounds hydration practices is that coffee and other caffeinated beverages actually lower bodily fluids and cause dehydration.

Contrary to popular belief, many medical studies and nutritionists agree that regularly drinking coffee does not dehydrate you, although it may cause a mild diuretic effect. In fact, coffee and other caffeinated beverages can actually count toward your daily fluid intake.

Studies on the hydrating properties of coffee are not exhaustive, but researchers have found compelling evidence to suggest that coffee is not a dehydrating substance. Researchers have even uncovered a variety of health benefits that come with regularly drinking coffee. Keep reading to better understand the science behind coffee.

Why Does Coffee Not Cause Dehydration?

A study published by the U.S. National Library of Medicine researched the effect that coffee intake versus water had on 52 healthy males over the course of several months. The researcher’s main goal of the study was to compare the effects of coffee consumption versus water ingestion.

Participants went through two separate trials in which they regularly drank a specified amount of coffee or water. During the first couple of weeks, the participants drank a certain amount of coffee every day and kept track of their total bodily fluids and other health monitors. During the second period of the trial, the participants drank the same amount of fluids, only this time it was water instead of coffee. At the end of the trial, researchers found no evidence that moderate daily coffee intake caused dehydration.

The myths about coffee consumption causing dehydration could be linked back to the mild diuretic effect of coffee, meaning that regularly drinking coffee increases fluids lost through urination. This effect may make coffee slightly less hydrating than water or other non-caffeinated beverages, but the study shows that the fluid loss caused by the diuretic effect of coffee is less than the total amount of fluid digested from the drink. This means that while coffee does cause an increase in urination, it does not cause a significant loss of fluids.

People who drink coffee on a regular basis are even less likely to have negative effects. The study also concluded that after regularly drinking coffee for a period of about two weeks, the diuretic effect decreased and returned to a regular amount. Their bodies got used to the amount of coffee and settled into a normal pattern again.

People who consume 3-4 cups of coffee on a daily basis have fewer issues with increased urination which will increase the amount of fluid they receive from their daily cups of coffee.

Similar studies have come to the same conclusion; the diuretic effect of coffee is unlikely to have a harmful effect on people who are regular consumers of coffee.

Some people have found that drinking coffee makes them feel thirsty, which further contributes to the idea that coffee causes dehydration. It also might leave a bit of a dry taste in your mouth. Doctors have found that thirst is not always an adequate indication of hydration, especially as people get older. Just because drinking coffee might result in feeling thirsty, that does not mean that the coffee has caused dehydration.

In fact, drinking coffee, tea, and other caffeinated beverages can actually contribute to your daily fluid intake. Some researchers disagree about the exact amount of fluids a person needs to consume in a day to stay healthy, however. The U.S. National Academies of Sciences, Engineering, and Medicine suggest that males intake about 15.5 cups of fluid a day and females about 11.5 cups. However, the amount of fluids that is appropriate for any individual is influenced by their environment, activity level, age, and several other factors.

A variety of different sources can contribute to the total number of bodily fluids a person intakes in a single day. Only about 70% of fluids are ingested through beverages with the remaining 20% of fluids originating from regular foods. These combined usually provide sufficient water for the body to function.

Coffee, tea, and other caffeinated drinks can be excellent sources of fluid in a daily diet. In order to maintain a healthy amount of fluids, these beverages should not completely replace water as a source of bodily fluids, but they can help boost the amount of daily fluid intake.

Many experts even say that drinking coffee and tea is much healthier than other beverage options including sodas, energy drinks, and sweetened water.

Further Research on the Benefits of Coffee

The studies on coffee are not exhaustive. Researchers suggest that future studies use a more inclusive sample to determine the effects that coffee might have on different groups of people.

Some people may have a negative reaction to coffee. These symptoms are usually dependent on the individual and are not always a direct result of coffee consumption.

However, some research has also found that coffee has other health benefits that make it an excellent choice for fluids. Research conducted and reported by the Mayo clinic links regular coffee consumption to a longer life and a decrease in some diseases. Dr. Donald Hensrud, director of the Mayo Clinic Healthy Living Program said, “If someone is not having side effects from coffee, there are few reasons to decrease consumption.”

Even with recent research into the effects that coffee has on health, there are still a lot of ideas about the negative consequences of regularly drinking coffee. It is likely that future studies involving a greater variety of participants will continue to show the many benefits of regular coffee drinking as well as provide solutions to some of the negative aspects of caffeinated drinks.

Popular beliefs and myths might perpetuate the fact that regularly consuming coffee is an unhealthy dietary habit, including the myth that coffee causes dehydration. Studies have shown that not only can coffee, tea, and other caffeinated drinks contribute to your daily fluid intake, but they can also provide a variety of other health benefits, especially for those who drink coffee as a regular part of their daily diet.