The Benefits of Drinking Instant Coffee 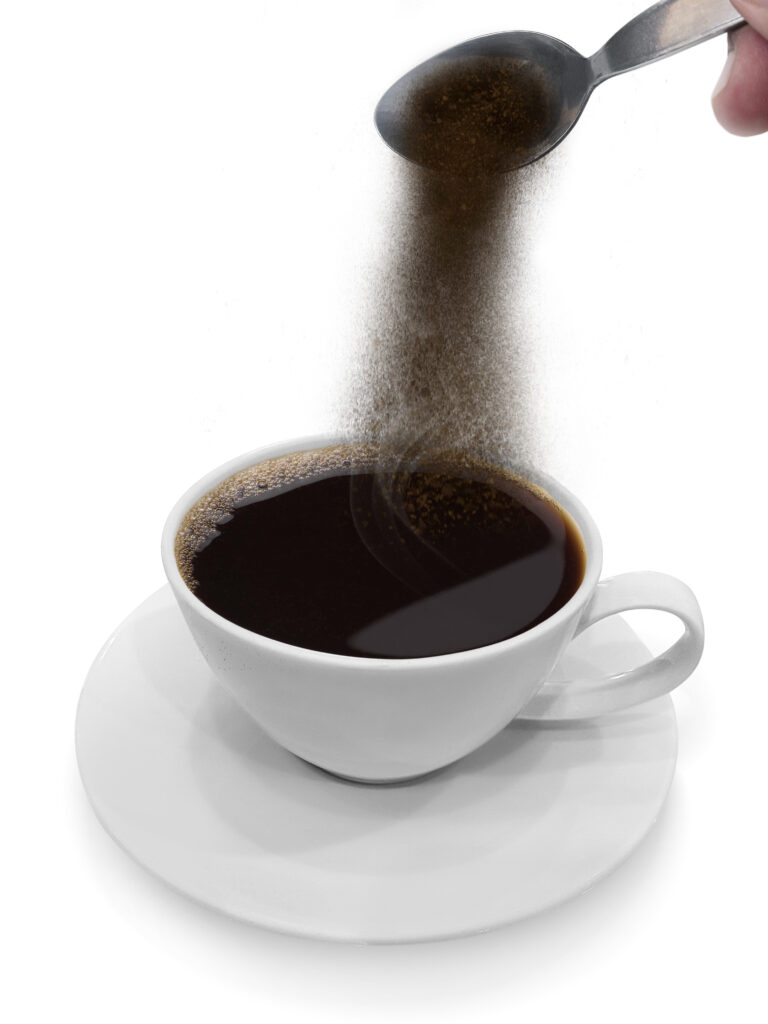 Instant coffee has many of the same health benefits as ground coffee. It generally has less caffeine than ground coffee as well, making it healthier overall. Because instant coffee is much cheaper and easier to make, it saves time and money.

Instant coffee is sometimes shunned, but when it comes right down to it, it deserves a place on your shelf, right alongside ground coffee. We are here to tell you why you should consider this tasty beverage!

Let’s be honest, the main reason we drink coffee in the morning is because we don’t have time to wake ourselves up. We have a life to get to, and waiting around for our brains to get the memo just takes too long. But after that first cup of coffee, it’s so much easier to snap awake and get moving.

And while freshly ground or brewed coffee is great for this purpose, instant coffee takes things to the next level. The “instant” in its name is no coincidence. Classic brewed coffee in a coffee maker can take anywhere from three to ten minutes, which might not seem like a lot, but when you’re getting up in the morning, ten minutes is a lifetime.

Instant coffee cuts that time in half. Instant coffee isn’t made with a machine; instead, you buy the instant coffee crystals, heat a cup of water for one minute and thirty seconds, and then pour in the desired amount of crystals. The average amount is two teaspoons of crystals. However, if you want it more concentrated, just add some more powder.

That’s it! In less than half the average time it takes to make fresh coffee, you’d probably already be done drinking your instant coffee. Not to mention, instant coffee is a lot cheaper than brewed or ground coffee. It’s cheaper, it’s faster, and it tastes just as good. That’s thanks to Satori Kato, who invented the instant coffee process that preserves the flavor of the pre-brewed beans.

Some people don’t like the flavor of instant coffee, but there are many different flavors to choose from and many different brands to work with. The flavor difference is worth it to save time and money. Plus, you can always add creamers, sugar, or any other add-ins that you love to create the perfect drink.

Just as Healthy as Ground Coffee

Ground coffee is often praised for its plethora of health benefits. But, since instant coffee is still coffee (just pre-ground coffee), it can also give you the same wonderful health advantages. Instant (and brewed) coffee can:

There are many more benefits as well! The reason for this is because all coffee is chock-full of CQAs (caffeoylquinic or chlorogenic acids), which are polyphenols that function as biological antioxidants. Long story short, biological antioxidants are extremely helpful. They reduce the risk of cancer, they help fight off bacterial infections, and they’re antioxidants, so they can help remove toxic oxidizing agents from your body.

The best part of this is that instant coffee is cheap, quick, but it’s also healthy, and how often can you say that about fast food? Instant coffee is extremely beneficial in many ways, and the health benefits are practically the icing on the cake.

You might be wondering how this is a benefit of instant coffee. Isn’t a huge plus of coffee the added boost of caffeine? That’s why we drink it in the morning and after lunch and late at night. The high levels of caffeine keep us awake and productive, even when our body’s natural response is to get sleepy and go back to bed.

While you would be right that a small boost of caffeine is helpful, too much caffeine is not beneficial. Like with most things, a small amount is safe and even advantageous, but too much can have bad impacts on your physical and mental health.

Excess caffeine has an extensive list of major health concerns, but here are the main ones:

Unfortunately, the list goes on and on. According to the FDA (Food and Drug Association), too much caffeine is just not good for your health. Caffeine makes it difficult to sleep at night. It can get you addicted to coffee, so when you say you need your cup of jo in the morning, you need it, and you really won’t have a choice in the matter. It can more than double the amount of stress you feel in your day-to-day life, not to mention the myriad of other negative symptoms.

Instant coffee can help bypass this problem. It might “not taste as good” as freshly brewed or ground coffee, but it’s got all the same health benefits with a much less chance of having to deal with the nasty side effects. Less caffeine is good, and instant coffee gives you just enough to get you going in the morning, but not enough to make your body dependent on it.